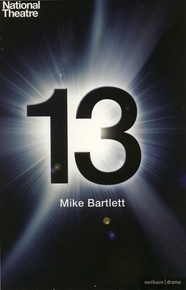 An identical, terrifying dream haunts Londoners in the midst of economic gloom and ineffective protest.

An identical, terrifying dream haunts Londoners in the midst of economic gloom and ineffective protest. Whilst the prime minister considers a preventative war, a young man returns home with a vision for the future.
Coincidences, omens and visions collide with political reality in this epic new play by the award-winning Mike Bartlett. Set in a dark and magical landscape, it depicts a London both familiar and strange: a London staring into the void.
REVIEWS:

"Beautifully combines domestic and cosmic issues... It is, in every sense, a big play that has the courage of its convictions."

"An extraordinary, sprawling and chaotic drama... a vivid, sometimes surreal pageant of the personal and the political... unmissable."