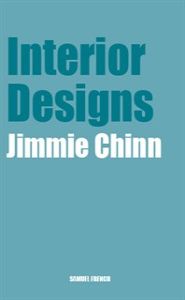 Interior Designs is a masterly observation of human relationships and conflicting viewpoints by Jimmie Chin.


Him, a brash, arrogant odd job man, is offering his "services" to three women: Holly, a successful TV-am newsreader; Irene, a solitary school teacher; and Amy, a frustrated housewife.

Although of very different backgrounds, the three women share a common fate of loneliness and frustration. The play follows their yearning to fill the emptiness of their lives and their various attempts to trap the eligible Him. For his part, Him wriggles out of it and, putting his coat on, silently goes out of their lives leaving a surrealistic abyss of desperation.
REVIEWS:

"Witty dialogue... and Chinn cleverly outlines the growing desperation of these women."

Interior Designs was first presented at The Duke's Head Theatre, Richmond, Surrey on the 6th April, 1987 -- under the title Three Into One -- directed by Judi Lamb.