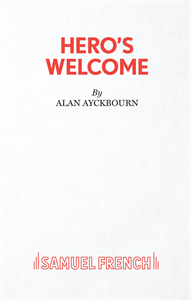 A war hero returns to the two he fled 17 years ago, which threatens to stir up old rivalries and resentments.

Though he's lauded in the media as a military hero, Murray is remembered less fondly by many in his old village. He left amidst rumours of arson, unplanned pregnancy and stealing his best friend's girlfriend. So when he returns, 17 years later, with a new wife in tow, he creates trouble from the beginning -- not least with his ex-fiancee. As more secrets emerge and old scores are settled, the village is drawn into the crossfire.