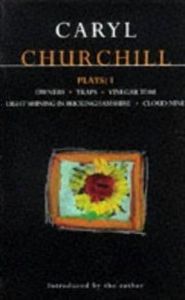 "Provocative theatre as well as a conscience baring document."

This exciting early play by an acclaimed Obie Award winning author was created in association with a British feminist theatre who requested a play about witches.

Although Vinegar Tom is set in the 16th or 17th century in rural England, it has a contemporary feel and may be staged very simply. It tells the story of two farm women who are named as witches by a man whom they have spurned sexually. The connection between fear of female sexuality and witch hysteria is shown to be at the root of many of society's problems.
REVIEWS:

"Provocative theatre as well as a conscience baring document."

"A fascinating piece, full of life."

Premiere Production: Vinegar Tom was written for Monstrous Regiment and was first presented at the Humberside Theatre, Hull, on 12 October, 1976.