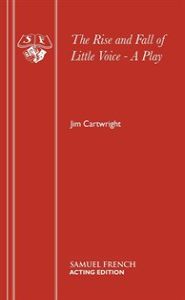 Rise and Fall of Little Voice, The

Blown fuses, real and metaphorical, punctuate the action with flashes of pent up energy in this acclaimed play.


Blown fuses, real and metaphorical, punctuate the action with flashes of pent up energy in this acclaimed play.

The diminutive heroine frequently plunges the dilapidated house she shares with her alcoholic mother into darkness by playing her dead father's records at a volume matched only by the soulful power of her vocal impressions. Little Voice has a hidden talent: she can emulate every chanteuse from Judy Garland to Edith Piaf. She hides in her room, crooning and dreaming of love, while her disheveled mother mistakes a seedy agent's interest as affection rather than enthusiasm for the gold mine buried in her daughter's throat.

This is an engaging fairy tale of despair, love and finally hope as LV finds a voice of her own.
REVIEWS:

"Entertainment at its best... Original, hilarious and hauntingly sad."

"We leave singing, our happiness fired by a glowing mixture of grit and innocence, magic, irony and truth."

The play opened at Cottesloe Theatre, Royal National Theatre, London on 16th June, 1992.
This production was subsequently transferred to the Aldwych Theatre, West End, London on October 1992 with the same cast.