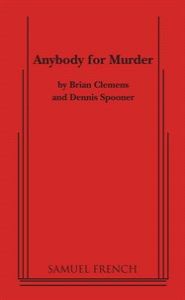 "Not only an exciting thriller but an evening of hysterical comedy."

Max is planning to murder his wife Janet, collect her life insurance, and enjoy life with his girlfriend when Mary and George arrive on their Greek island with news: Mary and Janet are beneficiaries of a huge fortune.

Plans and plots hatch, and soon everyone is bent on murder. All that stands in their way is the presence of a neighbour who knows a thing or two about murder, crime writer Edgar Chambers.

This thrilling comedy is by the writer of the television series, The Avengers.
REVIEWS:

"Not only an exciting thriller but an evening of hysterical comedy."