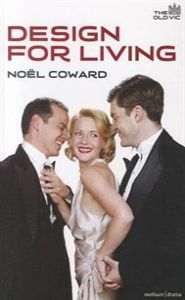 In this classic menage-a-trois by a master of the sophisticated, Gilda and Otto are living a bohemian lifestyle, she as a dilettante, he as a painter. A visit by Leo, Otto's old friend and a successful playwright leads to an affair between he and Gilda leaving Otto so disconsolate, goes off on a tramp steamer.

Subsequently living in London with Leo, Gilda is visited by Otto, now a successful and sought-after artist. He spends the night. Just as abruptly, Gilda then goes off with Ernest, a stuffy English art dealer.

The following year, now married to Ernest, Gilda has become a successful decorator in New York. Her seemingly complacent life is disrupted by the return of both Otto and Leo, who have come to take her back with them. Again bored with convention, she willingly leaves.
REVIEWS: