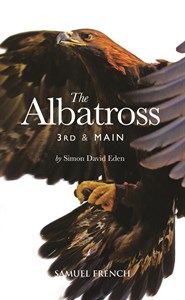 Gene Lacy, a former lobster boat fisherman and proprietor of Lacy's General Store, is down on his luck big time...


Gene Lacy, a former lobster boat fisherman and proprietor of Lacy's General Store, is down on his luck big time: he's ducking creditors, huge gambling debts, and an ex-wife with very expensive tastes. So when Spider walks into his store with a golden lottery ticket in the shape of a rare and valuable dead bird, Gene has a choice to make.

He has the connections to help Spider turn his windfall into greenbacks, but there's one tiny problem, as Gene's right-hand man -- and ex-boxer named Lullaby -- is well aware; it's a felony offence to even be in possession of the bird.

As the metaphorical noose tightens, and the threat of a lengthy stretch behind bars hangs over them, so the friendship unravel with a potentially deadly and deadly funny outcome: if there's honour amongst thieves, somebody forgot to tell these guys.
REVIEWS:

"An excellent comedy that is rich, dark, well designed and acted, play loaded with wit, wisdom and the courage to examine some important themes."

"Funny, intimate and realistic with a dark twist. Extraordinary performances. Not to be missed!"

"Slick, punchy, black comedy and a psychological thriller, full of sharp, stylish and intelligent writing. Very clever and very, very funny. A must see for theatregoers from Brighton and beyond."