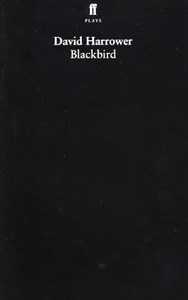 A remarkable drama which poses serious questions about society and morality.


Fifteen years ago, Una and Ray had a relationship which resulted in a jail sentence and new identity on his release for Ray, and psychotherapy for Una. They haven't set eyes on each other since. Now she's found him again.
REVIEWS:

"The gifted David Harrower's intense Blackbird promises to be the most powerful drama of the season... masterly, mesmerizing... extraordinary... a miracle."

FOUR STARS! "This haunting, powerful, incendiary work is the sort of faring theater far too absent from our stages these days."

"A provocative, shocking and worthwhile new play. Playwright David Harrower is definitely a name to watch."

"A fascinating and unnerving ninety-minute cat-and-mouse tale of revenge and sexual intrigue, with genuine theatricality and undeniable shock value."

"It's a wonderfully engaging intellectual conflagration with a very slow burn... a dark and beguiling play which stays with you... a remarkable play."

"An Ibsenite inquiry into the past... psychological insight, creation of characters and nice sociological detail... Poignant."

Premiere Production: Blackbird was commissioned by the Edinburgh International Festival, where it received its world premiere.