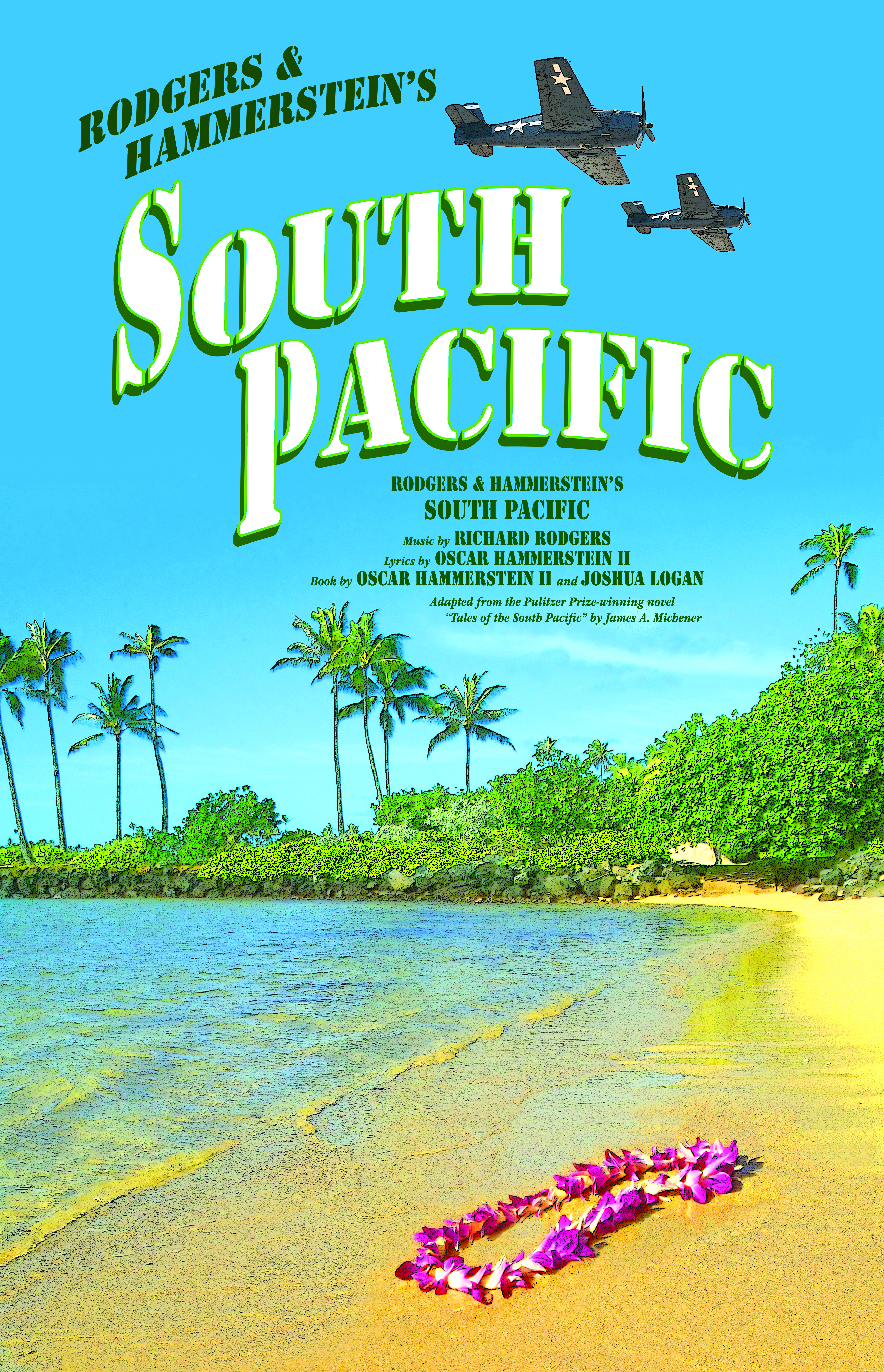 Set in an island paradise during World War II, two parallel love stories are threatened by the dangers of prejudice and war.
Nellie, a spunky nurse from Arkansas, falls in love with a mature French planter, Emile. Nellie learns that the mother of his children was and island native and, unable to turn her back on the prejudices with which she was raised, refuses Emile's proposal of marriage.
Meanwhile, the strapping Lt. Joe Cable denies himself the fulfillment of a future with an innocent Tokinese girl with whom he's fallen in love out of the same fears that haunt Nellie.
When Emile is recruited to accompany Joe on a dangerous mission that claims Joe's life, Nellie realizes that life is too short not to seize her own chance for happiness, thus confronting and conquering her own prejudices.
This concert adaptation was created by David Ives for the Carnegie Hall benefit concert of SOUTH PACIFIC in 2006.

On an island in the South Pacific during World War II, Nellie Forbush, a young Navy nurse from Little Rock, Arkansas, meets and falls in love with a gallant, middle-aged Frenchman, Emile de Becque. Emile is a planter and has lived on this particular island for twenty-five years. When he proposes to Nellie, he confesses that the reason he had to flee France was because he killed a man -- the town bully whom no one else would stand up to. Nellie is able to accept this explanation and promises to consider Emile's proposal of marriage.

Also stationed on the island is a group of restless sailors, Seabees and marines who are obviously bored and sorely in need of female companionship. Souvenir collecting is about the only active pastime and has developed into a healthy competitive marketing war between Seabee Luther Billis, who has conered the market in everything from grass skirts to shrunken heads, and Bloody Mary, the local Tonkinese dealer in such trophies.

Lieutenant Joseph Cable, a handsome young marine, arrives with an assignment to persuade de Becque, who is familiar with the nearby islands, to accompany him on a dangerous secret mission. Their task would be to hide out on a Japanese-held island, watch for enemy ships and convey this information to their own pilots, who would then use this first-hand intelligence to attack the Japanese convoys. Nellie's friendship with Emile is known to the Island Commander and she is asked to obtain all the information she can about the circumspect Frenchman.
Meanwhile, Luther Billis has a mission of his own -- to get over to the mysterious and forbidden island of Bali Ha'i -- and he convinces Lt. Cable to lead a pleasure-seeking expedition there. On the island, Bloody Mary introduces Cable to her beautiful daughter, Liat, and the Lieutenant falls in love with her.

Confused about her feelings for Emile, Nellie decides to play it safe and announces steadfastly "I'm gonna wash that man right outta my hair!" But Emile convinces her of his love, when he invites her to dinner at his home so that his friends may meet her, Nellie accepts and has a wonderful evening. Nellie is in love, and for the first time believes she and Emile could spend a wonderful lifetime together. Emile introduces her to two sweet native children, the off-spring of a Polynesian woman and a European. Nellie is charmed by the children but then, when Emile informs her that they are his, the prejudices and fear inherent in her mid-50's, small town upbringing rise to the surface and, panicked, she runs from Emile and from the future they had just planned.
At the same time Joe Cable, despite his deep love for Liat, is caught in a similar trap of his prejudices and, though he loves her, decides he cannot marry her.
Both Cable and Emile are feeling the recklessness of lost love, and with that recklessness comes the willingness to take greater risks. They embark on their spy mission to a neighboring island where, for a few days, the plan works and they are able to transmit messages of Japanese naval maneuverings. Eventually they are discovered, however; Cable is killed, and a radio contact with Emile is cut off.
Faced with the sudden realization that she may have lost Emile, Nellie is able to put her fears and meaningless prejudices into perspective and realizes that her love for him and the hings he stands for is paramount. She makes her way to his home and is feeding lunch to his two children, whom she loves as her own, when Emile returns. He is weary, he is battle-worn, but he is alive, reunited with his children, and with Nellie.