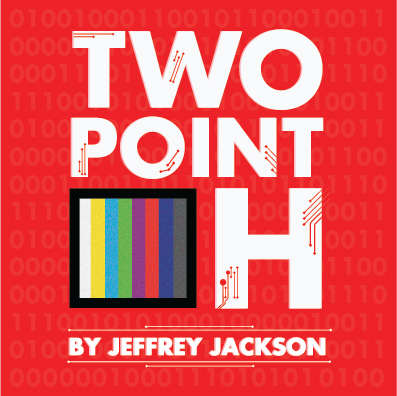 Elliot Leeds is dead -- or is he? A pioneering software mogul, Leeds makes headlines one last time when his private jet plunges into the Pacific. Months later, his grief-paralyzed widow Melanie discovers Elliot's greatest creation: a virtual-reality simulation of himself that he masterminded before his demise.

Programmed with advanced artificial intelligence, thousands of hours of his recorded thoughts and speech, and a digital re-creation of his face and body, "Elliot 2.0" is a talking, thinking, virtual soul. And though merely an image on the video screens of their wired, high-tech mansion, it -- he -- can answer questions, hold conversations, share memories, and perhaps even grow in intelligence and capacity. The question is...is he alive?

"In the best tradition of sci-fi masters like Asimov and Clarke."