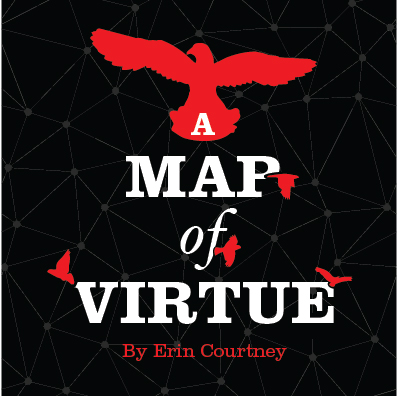 A Map of Virtue

"A piece of poetry whose form sculpts its content into a dynamic piece of art."


A Map of Virtue is a symmetrical play guided by a bird statue, pivoting around an encounter with and dissection of evil. Part interview, part comedy, part middle-night-middle-forest horror story.
REVIEWS:

"A haunting, romantic story with a mystery at its center."

"A piece of poetry whose form sculpts its content into a dynamic piece of art."

"The play's flights of imagination pull you up for a ride."

"With a Hitchcockian sensibility, [Courtney] makes psychodrama out of the mystery of what keeps people together even as imaginations and egos push them apart. Like a souvenir from a fleeting dream, this play will pass over you painlessly, and then it will linger."