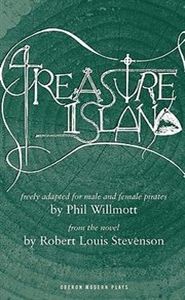 "A delightful blend of the salty and the silly."

This is the first adaptation of Treasure Island with great parts for both male and female performers. Inspired by real-life female adventurers, Phil Willmott has changed the gender of several of the central characters without compromising the spirit of Stevenson's classic novel.

First produced to great acclaim as part of London's Free Theatre Festival on the South Bank in 2005, this swashbuckling stage adaptation brings out all the comedy and adventure of this ever-popular story.
REVIEWS:

"A delightful blend of the salty and the silly."