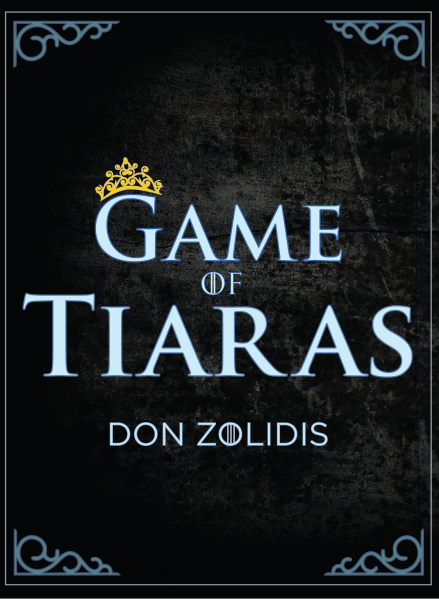 When you play the Game of Tiaras, you win or you die.


When the aging king of a Magical Kingdom (England) decides to split his empire between his three daughters, Cinderella, Belle and the Snow Queen (who is no way resembles a copyrighted character), terrible tragedy ensues. Terrible, hilarious tragedy.

Combining the gut-wrenching plot twists of Game of Thrones and the soul-numbing despair of Shakespearean tragedy, this adaptation of King Lear will leave you dying with laughter as the body count mounts. When you play the Game of Tiaras, you win or you die.
A one-act version of this play is also available.
REVIEWS:

"I've read several if Don Zolidis' plays now, and I think Game of Tiaras is easily his best work to date. The writing is on a completely different level of intelligence, humor and complexity than anything he's written before -- and that's saying something. It's a transcendent piece in his already acclaimed canon, and one of those scripts that you can't help but laugh out loud while reading. I highly recommend it."