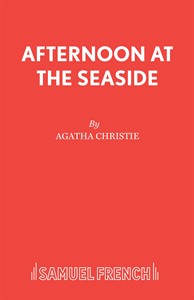 Afternoon at the Seaside

A part of The Rule of Three - A series of one-act plays involving murder, theft and deception at home and abroad.

A whimsical day by the sea in a British resort. An emerald necklace has been stolen and the Inspector has to investigate an extraordinary mix of characters.
Part of the triple bill The Rule of Three, which also feature The Rats, and The Patient.


Premiere Production: Presented by Peter Saunders at the Duchess Theatre, London on the 20th of December, 1962.