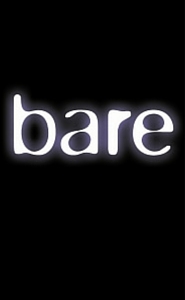 A group of high school seniors at a Catholic boarding school faces issues of sexuality and personal identity. As they struggle to come to terms with who they are, and who the world thinks they should be, they seek answers from their Church, their friends, and ultimately, from within themselves. Its rich, vibrant score draws on many styles of contemporary music.


ACT ONE - Peter, an altar boy, falls asleep during the Priest's homily and drifts into a nightmare in which he is "outed". On his way to class after Mass, Peter finds his roommate and clandestine boyfriend, Jason, and asks Jason to audition for the senior play, a production of ROMEO AND JULIET, but Jason refuses.

At auditions that afternoon, Sister Chantelle, the school's drama teacher, is underwhelmed by the acting candidates—until Jason surprises Peter by showing up. Sister Chantelle awards the role to Jason, and Ivy, the senior class's most beautiful girl, is his Juliet. In study hall, Matt tries to plan a small surprise gathering for Ivy's birthday while Lucas, St. Cecilia's resident party boy, tries to recruit everyone to go to a rave.

At the rave, Peter dances closer to Jason while Ivy dances closer to Matt. As Peter goes in for a public kiss, Jason pulls him outside. Peter finally gets his kiss; it's not public, but it is, unbeknownst to them, witnessed by Matt.

The intimate party Matt was planning to impress Ivy gets commandeered by Nadia, turns into a full-scale bash. Peter stuffs his face with brownies, not realizing they're pot brownies, and begins flirting openly with Jason. Ivy, drunk, also flirts openly with Jason, and when Jason chooses Ivy over Peter to protect his image, Peter storms off. Ivy dismisses Matt's advances, concentrating her energy on landing Jason. She asks for a kiss for her birthday, and Jason reluctantly agrees.

Both Matt and Peter retreat to the solace of the church's chapel, when Matt abruptly leaves, Peter realizes what he has done, but is stopped when he has a second "vision" in the church: Mother Mary, appearing in the guise of Sister Chantelle. She and her two angel sidekicks tell Peter it's time to tell his mother his secret.

At rehearsal the following day, Jason and Matt's fight scene turns real, and they have to be separated. Jason's had enough, and breaks up with Peter. Ivy shows up at Jason's dorm to apologize for throwing herself at him at her party and when Jason suggests that he enjoyed kissing her, Ivy goes in for more, and Jason gives in. Jason has sex with Ivy in his dorm room, hoping this is the right thing to do.

ACT TWO opens in the church, where the scene is set for an elaborate gay wedding. Peter is dreaming again, this time about making his relationship with Jason official.

Ivy wonders why Jason hasn't called, telling him that she has, for the first time, fallen in love. Jason, realizing that Ivy is describing the exact feelings he has for Peter, breaks things off, devastating her.

Peter phones his mother to finally tell her his secret. But she won't let him say the words, continually changing the subject. Ivy begs Jason to talk to her, and he agrees to meet her before the student-led rehearsal that evening. As students move to exit, Sister Chantelle tells Peter to stay.

When Nadia returns to the dorm room, Ivy reveals the true reason she's been missing rehearsal: she's pregnant. Ivy leaves and finds Jason and she tells him her news. He tells Ivy that maybe he does, in fact, love her, but at that moment, Matt steps out of the wings and reveals Jason and Peter's relationship. Peter shows up, then Nadia, and then the entire cast is revealed, having heard everything.

With nowhere to turn, Jason goes to the priest to ask the question that has tormented him for years—does God still love him? When Jason presses the priest for an answer, the priest ultimately condemns him.

As the students lead vocal warm-ups for the show, Lucas passes out their afterparty drug orders. As the show is about to begin, Jason pulls Peter aside and makes a plea: run away with him. Peter tells Jason he's done running. Jason nods, knowing it's finished; just before going on, he takes a lethal dose of GHB. As everyone moves into place, Jason pulls Peter aside to tell him he loves him; the share a final kiss, and the play begins.

As the play unfolds, Jason becomes increasingly disoriented. During the Queen Mab speech, he loses his place completely and begins to hallucinate; this segues into the masked ball scene, where Jason has increasing difficulty keeping time as the players switch partners, and he collapses, reaching for Peter as he dies.

Peter visits the confessional, confronting the Priest about his final visit with Jason. The Priest asks Peter for forgiveness, which Peter grants.

At graduation, Peter, Matt, Ivy and Nadia struggle to process Jason's death, trying to understand it and wondering whether they could have prevented it. As the senior class of St. Cecilia's graduates, the chorus of students crescendos and they move forward into a world that offers more questions than answers.