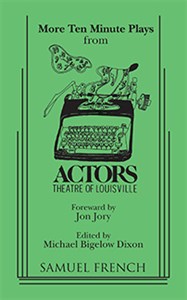 Lynette can’t fall asleep at 3 a.m. after hearing a gun shot in her apartment building.

When Lynette can’t fall asleep at 3 a.m. after hearing a gun shot in the apartment building, she wakes her boyfriend Bobby who ignores the situation. Still unable to sleep, Lynette turns on the T.V. only to meet Estaban, the young Puerto Rican man who was shot just a floor below.
Published in Ten Minute Plays from the Actors Theatre of Louisville, Vol. 2.


Premiere Production: Lynette at 3 a.m. was first produced by Actors Theatre of Louisville on June 17, 1991. It was directed by Reid Davis.

LYNETTE - who's had trouble sleeping lately.
BOBBY - her boyfriend, a very large man that works too hard.
ESTABAN - from the apartment below.