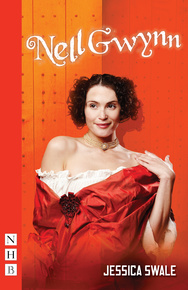 "They’ve disgraced our trade. Ruined our art. They’ve put a woman on the stage."


London, 1660. King Charles II has exploded onto the scene with a love of all things loud, extravagant and sexy. And at Drury Lane, a young Nell Gwynn is causing stirrings amongst the theatregoers.

Nell Gwynn charts the rise of an unlikely heroine, from her roots in Coal Yard Alley to her success as Britain's most celebrated actress, and her hard-won place in the heart of the King. But at a time when women are second-class citizens, can her charm and spirit protect her from the dangers of the Court?

Jessica Swale's exhilarating take on the heady world of Restoration theatre premiered at Shakespeare's Globe, London, in September 2015, before transferring to the West End in February 2016, starring Gemma Arterton. It won the Olivier Award for Best New Comedy in 2016.
REVIEWS:

"Bawdy and brilliant... a wonderful, warm-hearted and generous piece of theatrical history."

"An out-and-out celebration of the fun of theatre… if you’re looking for laughs, and a romping brash show, this is great."

"'Cannily mixes Carry On double-entendres with an explicitly feminist message… a love-letter to theatre itself and the cheerful chaos involved in putting on a play."

"Superbly funny… a juicy, well-wrought thing of great fun, a wonderfully layered celebration of theatre, but most of all an apt homage to a woman incredibly ahead of her time'."

"[A] gloriously funny and touching bio-drama… a right royal treat."