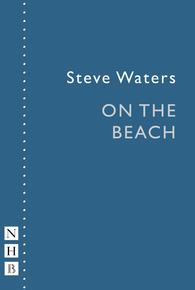 Part of The Contingency Plan, a double bill of plays from the frontline of climate change.


Published in volume The Contingency Plan.

Part of The Contingency Plan, a double bill of plays from the frontline of climate change - an epic portrait of an England of the near future, in the grip of unprecedented and catastrophic floods.

In On the Beach, Will Paxton, a glaciologist, returns from months in Antarctica to tell his parents that he will take up a role within Government. Thirty years ago, his father silenced his own radical thinking on climate change. Yet behind the reunion with his father lies thirty years of secrecy and bitterness. As the truth surfaces, the family is torn apart, and Will's parents must face the rising tide alone.

Steve Waters' play On the Beach was first performed as part of The Contingency Plan at the Bush Theatre, London, in 2009.
On the Beach can be presented on its own or as part of a double bill with Resilience.
REVIEWS:

"An urgent wake-up call... for sheer emotional intensity, has no rival on the London stage... Waters' massive achievement is to have made the most important issue of our times into engrossing theatre."

"The first and best British play on climate change."