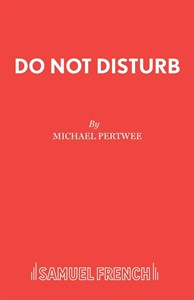 Do Not Disturb (Pertwee)

Jay Spencer wants to leave his past behind him and start a new life.


Jay Spencer wants to leave his past behind him and start a new life. When he moves into his new flat his only wish is solitude, but the girl next door plagues him with her suicide threats, his current wife causes problems, his ex-wife insists on leading him to Jesus, and his secretary declares her undying passion.

Jay's women pursue, attack, seduce and harass him and he only wants to be left alone, or does he? Finally, when he achieves his aim and has only himself for company, the thought is too much and he telephones the last female left -- his mother!
This very funny and witty play has fast and well-timed comic action, painfully recognizable characters, and is coupled with the more serious underlying theme -- is Jay the victim, or the author of his own misfortune?