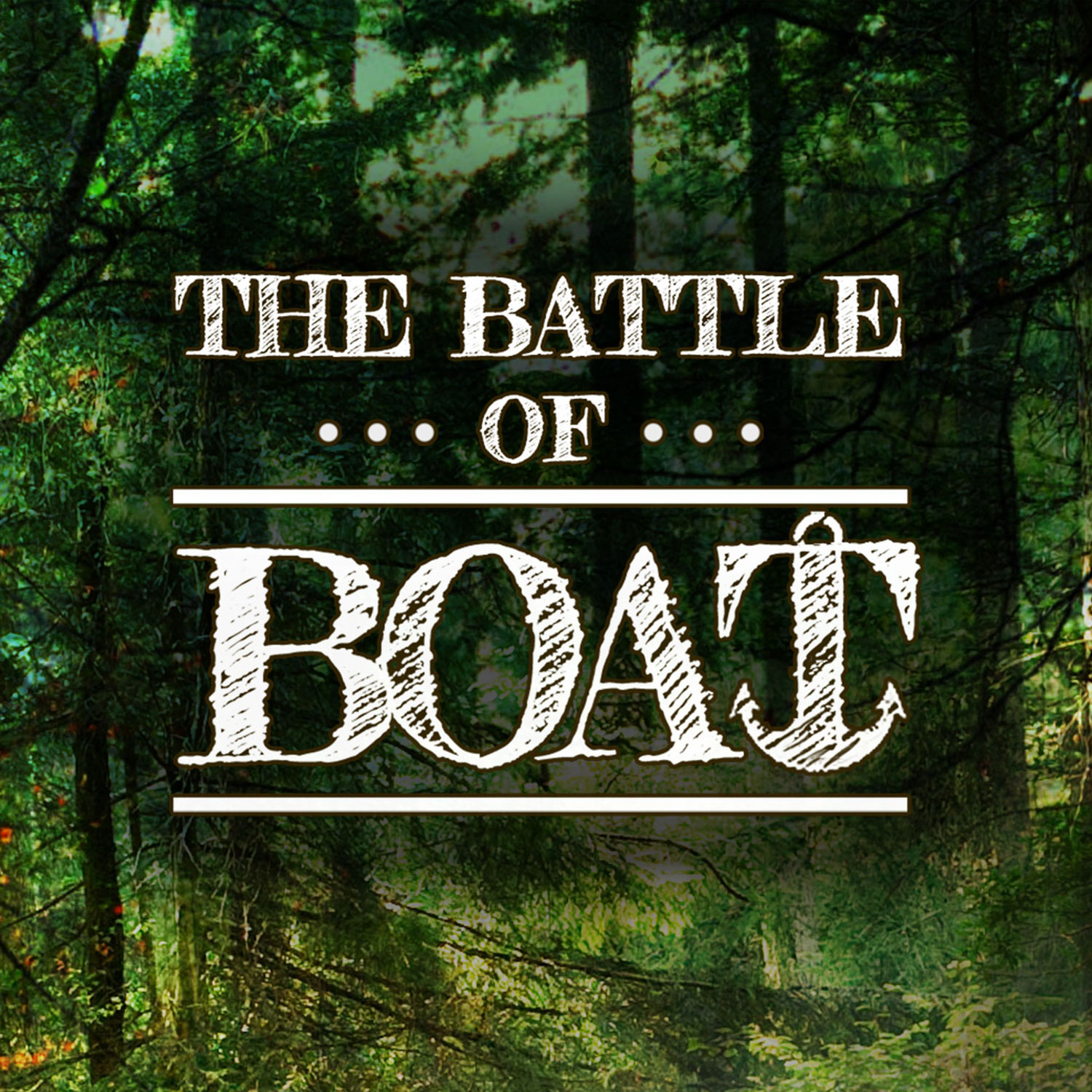 The Battle of Boat is a courageous tale of a group of children trying to find their place in a world at war in 1916. Frustrated by their inability to join the soldiers in battle, the children decide to do whatever it takes to help in the war effort. However, they soon have to tackle their own conflict in the form of a local gang of bullies who will stop at nothing to see every plan they form fail. Heartwarming, funny, emotional and exciting, this original new musical is a true celebration of the steadfast British spirit that shone through during WWI.
A cinematic musical from British duo Donnelly and Maltby (DrumChasers, The Sparkle Thief, The Masters of Mystery) with a sweeping, epic score and a timeless story of courage and hope. There are no adult characters in the show, all characters are aged from 8-18, the cast play their own ages.


ACT I:
England, 1916. The school bell rings for summer and a group of school children spill out of the schoolhouse, eager for the afternoon adventures that await them (What We Get Up To). In the local woodland, we meet a group of friends as they play and argue together. William (16), Beagle (14) and Jack (11) attempt to humanely trap animals, much to the annoyance of Gladys (12), Sybil (15) and Florence (8). It takes the arrival of William's sister, Frances, to calm the situation, until the trap the boys were laying is set off. Fortunately, they have safely caught Felix (14), a new boy in the town (How to Catch a Beast). Felix is welcomed by the gang and speaks to Florence about her Father who is away at war (My Dad).

Back in the town, we meet the cruel Gripper (16) and his gang as he bullies little Jimmy Biggs (11). Frances and some of the gang arrive just in time to stop a vicious beating (Truth & Justice). After this encounter, the gang hear about a screening of The Battle of the Somme film which they agree to all attend. This leaves Frances concerned about the impact of the war (Frances Thinks). At the screening of the film, the gang are horrified by the reality of war and realise that if it comes to it, they will stand together and fight off any evil (Then We'll Fight).
The following day, in an attempt to get involved, the gang try dressing up as adults to enlist at the recruiting office (Recruitment & Rejection). Only William is successful. Gripper has been observing and figures out Felix is in fact German. Thinking him a spy he declares that as soon as William is gone, he will take Felix down (Felix Found Out).
A few weeks later and William is about to leave for the army (William's Farewell). Beagle relishes in the chance to become the leader of the gang with his pet mouse, Mousey, by his side (Beagle's Gang).
(Together Rising). The Children return to school after the summer. Gripper seizes this moment to challenge Felix on his heritage who admits, he is half-German. Gripper and the gang brutally beat Felix and Beagle putting them in hospital (Tyranny). The gang receive a letter from William. His words inspire them to double their efforts to get to France to join in the war effort (No Vengeance).
Once Beagle and Felix have healed, the gang attempt to break into a military base to stow away on some transport to France. They are unsuccessful (Sneak). After this latest failed attempt, Frances is feeling completely lost, William is out in the trenches and find life very tough (Helpless). Beagle comes up with the idea of building his own Zeppelin to fly the gang to France. He has even built a prototype for Mousey to try (Zeppelin). The gang receive another letter from William, they find it heartbreaking they have been unable to get to him. When Beagle presents his failed Zeppelin to the group, he discards it in a barrel which has been collecting water from a leak. It floats and an idea is formed (Broken Promises).
ACT II:
Hidden away in the wood, the gang have built their very own boat to sail themselves to France. They are introducing it to Jimmy Biggs who will help keep it hidden from the community. Beagle has named the vessel, "Boat" (The Birth of Boat).
Back at school Gripper is desperate to find out what they have been doing. He tries to torture Jack for information but to no avail. Frances and the girls arrive and confront him, he finally backs off. In a final moment of anger, Gripper grabs Mousey from Beagle and crushes him (Oppression). The gang hold a funeral for Beagle's little friend (Funeral For a Friend). They are joined by many of the local children who have come to pay their respects. Afterwards, Frances and the girls warn Beagle not to retaliate (A Warning).
Despite agreeing to behave, Beagle, Felix, Jack and Florence hatch a plan to avenge their fallen friend (Avenge). The four of them stalk Gripper, ready to attack him once he is alone. There is no opportunity, so they instead opt for a childish prank before returning to the hideout of Boat (Punch O'Clock). They did not however realise, they had been followed by two of Gripper's gang. After trying to convince them otherwise, these two girls run back to Gripper with full knowledge of Boat. On hearing the news, the rest of the gang plan to get to sea as quickly as possible (Boat Discovered).
On returning home that evening, Frances finds Gripper and his gang waiting for her. He tells her that they are coming to destroy Boat (White Feather). After they have gone, Frances decides they will use their cunning as defence (Plan). William is in the trenches, battleworn. He still worries for his friends back home (Resolve).
Gripper's gang arrive to destroy Boat. They are faces with Florence and her cakes.Some of the bullies steal and eat them, but they make them ill. The Defenders use this distraction to attack. They are overpowered however and Gripper is about to set fire to Boat when Jimmy Briggs arrives and lures him into a trap. The Defenders make a final stand. Once again, they are being beaten but before Gripper can do any damage, Beagle knocks him out. The rest of the bullies flee and the gang rush Boat to sea (The Battle of Boat).
Out on the sea and Boat is holding up well until a storm hits. Beagle is thrown overboard and lost to the sea. Boat is destroyed but the rest of the gang manage to make it back to the shore (The Sea Was Angry). They are horrified by the incident, though thankfully Beagle has made it back to shore alive.
A few months later and Frances contemplates their failure. The gang arrive with a letter from William containing surprising news. Tales of their courageous efforts has made it to the trenches where they have become a huge morale boost for the troops (Morale).

Frances finally realises it wasn't all for nothing, it was all for hope.
THE BATTLE OF BOAT comes with rehearsal and performance tracks!
LISTEN TO ALBUM ON SPOTIFY.
REVIEWS:

"A world where adults are relegated to shadowy, authoritarian nuisances, and children reign supreme. A world of mice and mud, of beastie-traps and scraped knees. A world where anything is possible if only you're brave enough and you have your friends to help you a bit, and most importantly if you make sure the grown-ups don't find out. This is a bold and entertaining new musical, with pots of talent and a whole lot of heart."

"The tale is of the persistent attempts that the children make to do whatever it takes to help their friend and their country, with Ethan Lewis Maltby and Jenna Donnelly weaving powerful themes of rivalry, leadership and battle. As is the NYMT protocol, the cast and orchestra are entirely comprised of young artists ranging from 11 to 21. The youthfulness of the cast, and of the nation's young generation lost to the Great War, serve to make the scale and impact of the musical even greater. The Battle of Boat is an epic piece of musical theatre. Maltby and Donnelly have made a brave decision in focusing a story about war from the perspective and reactions of a group of children."