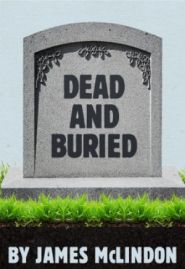 In this dark comedy set in a small New England town at Halloween, 18-year-old Perdue finds a job in a place where most people wouldn't even consider: the local graveyard.


In this dark comedy set in a small New England town at Halloween, 18-year-old Perdue finds a job in a place where most people wouldn't even consider: the local graveyard.

Bid, the taciturn former Marine who runs the cemetery, hires Perdue because she's moved by her plight. Perdue has come to town to live with her aunt while searching for her missing mother. Robbie, Bid's assistant, a fatherless boy whose knowledge of manhood has been gleaned from the paged of Maxim, launches a doomed campaign to seduce Perdue, culminating in a midnight picnic in the cemetery. But Perude isn't interested or entirely truthful, as Bid soon discovers when Perdue's story begins to fall apart. Perdue is living in the homeless shelter; her mother died shortly before she arrived and is buried in the cemetery.

Bid, seeing her own lost child in Perdue, offers her a place to stay. Perdue refuses, misinterpreting the offer as romantic rather than compassionate, but is too lonely to entirely keep her distance from the others. Perdue confides in Robbie that she has come, not to reconcile with her mother, but merely to see her face, which she doesn't remember. Perdue hopes that her mother has left a photo of herself that will prove that she is the blond-haired woman in Perdue's oldest memory, a woman whom Perdue knows in her heart loved her once. But there are no photos, and Perdue must decide how far she'll go to learn the truth about her mother. Bid must decide how much she'll risk to stop her.

By play's end, the characters' search for what they've lost -- a mother, a father, a child -- ends when they find one another instead.
REVIEWS:

"A little creepy overload, a helping of belly laughs, and a touching exploration of our transgressions and weaknesses that never stay buried."

"Funny, sad and heartwarming, often at the same time."

"Heartwarming and often very funny... Cleverly written... This is a great evening of theatre."