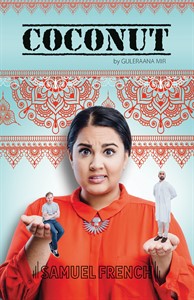 Ever feel like you're constantly disappointing people? Meet Rumi.

Ever feel like you're constantly disappointing people? Meet Rumi.

Rumi is a British Pakistani woman who's referred to as a "Coconut" (brown on the outside, white on the inside). Born and brought up as a Muslim, Rumi spends more time enjoying fine wine and bacon than being at the mosque. When she meets Simon, a white guy, she hopes that his decision to convert to Islam will be enough to keep everyone happy. However, as Simon begins to explore his faith, Rumi's world spins off its axis in ways she could never have predicted.
REVIEWS:

"Mir's writing is side-achingly funny...hits both a zeitgeist and the universality of coming to terms with your own identity."