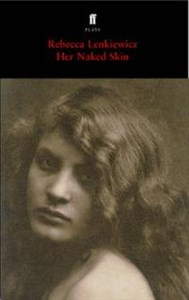 Militancy in the Suffragette Movement is at its height. Thousands of women of all classes serve time in Holloway Prison in their fight to gain the vote.

The play is set as a crucial moment when, with emancipation almost in sight, women refuse to let the establishment stand in their way.
REVIEWS:

Evening Standard, The Guardian, The Independent, Time Out

"A great drama about women, by a woman, at the Olivier."

Premiere Production: Her Naked Skin premiered at the National Theatre, London, in July 2008.