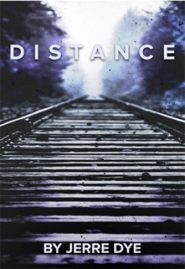 Alzheimer's is taking Irene Radford further and further away from the small, rag-tag universe of people who inhabit her ever-developing world.


Alzheimer's is taking Irene Radford further and further away from the small, rag-tag universe of people who inhabit her ever-developing world.

Navigating life with Alzheimer's is a bizarre and endlessly changing process, one where everybody seems to get lost somehow. It's a shifting world where the past becomes the present, the present becomes the past, and the future remains a terrifying mystery. Meanwhile, life must move on. Luvie, Irene's daughter and primary caretaker, must pick up the pieces of her failed marriage. Irene's in-home health worker, Dolly, must navigate the complex relationship with her adult son, Dylan. Leonard, Irene's hairdresser, must grapple with the pain of saying goodbye. The further Irene drifts into memory, the closer these relative strangers become inextricably connected to one another.

Set in the American South, Distance explores questions of memory, mystery, identity, relationships and the vulnerability of change. It is a Southern drama full of humor, heart and ferocity.
REVIEWS:

"Dye's searing, lyrical exposition is in turn infused with folksy charm and a rollicking comedy, elements that keep the subject matter engaging."

"Dye's latest play is heartbreaking, yet it's also filled with unexpected humor and tenderness."

"Dye's story is compelling. He doesn't stop at one person's identity crisis due to illness. He piles on a variety of other scenarios. His well-developed and flawed characters are believable."