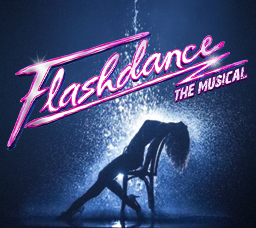 Dance like you've never danced before! Flashdance - The Musical tells the inspiring and unforgettable story of 18 year old Alex, a welder by day and 'flashdancer' by night, who dreams of going to the prestigious Shipley Dance Academy and becoming a professional dancer. When a romance complicates her ambitions, she harnesses it to drive her dream.
Based on the Paramount Pictures film (Screenplay by Tom Hedley and Joe Eszterhas, story by Tom Hedley) Flashdance is an inspiring musical about the power of holding onto your dreams and love against all the odds.
Prepare to be blown away with an astonishing musical spectacle and phenomenal choreography to this iconic score including the smash hit "Maniac," "Manhunt," "Gloria," "I Love Rock & Roll" and the sensational title track "Flashdance... What a Feeling."
This title is currently restricted. Please submit a request to determine availability.


ACT 1: Pittsburgh, 1983. On the floor of Hurley Steel, young steelworker Alexandra ("Alex") Owens welds while waiting impatiently for her shift to end ("Steeltown Sky"). She's anxious to get to Harry's Bar, a small club where she performs innovative, fashion-driven dances. On the mill floor, she catches the eye of Nick Hurley, the son of the mill owner, who decides he wants to learn more about her.

En route to the club, Alex meets up with her friend Gloria, who encouraged Alex to pursue her dream of becoming a trained dancer in a legitimate company by applying to audition for the renowned Shipley Academy. Alex decides to take the chance and asks the academy's administrator, Ms. Wilde, for an application ("It's All in Reach").
As Alex warms up to perform at Harry's, her good friends (and fellow dancers) Kiki, Tess and Gloria sing "Maniac." Alex steps onto the club stage, and she's captivating. After her performance, she's approached by Nick Hurley, but she rebuffs him, concerned about getting involved with her own boss. In the dressing room, her girlfriends can't believe she'd turn down someone as attractive as Nick, but Alex sticks to her guns. Gloria, who waits tables at Harry's but longs to perform, gets an education from the women in what inspires a "flashdance" ("Put It On"). But when the bar's owner, Harry, enters and complains that a new lap-dance join called Chameleon -- opened down the street by a shady entrepreneur named C.C. -- is starting to siphon off his once-loyal customers, Alex realizes her days at Harry's may be numbered ("It's All in Reach - Reprise").

Anxious about her audition, Alex visits her elderly friend Hannah, a retired dancer who bolsters Alex's confidence about getting into Shipley ("A Million to One"). Alex reports to Shipley for a preliminary audition, but she's quickly intimidated by the accomplished, trained dancers all around her ("High Art"). She rushes out, crestfallen.

The next day, Nick approaches Alex in the steel mill's lunchroom, but once again she rejects his advances. Nick gets a playful jabbing from the steel men, who are happy to see him knocked off his pedestal ("Justice"). After they exit, he's approached by his secretary, who shows him a list of workers slated to be fired as the company starts to outsource its manufacturing. Nick's affection (and respect) for Alex put him in a tough spot ("Justice - Reprise").
At Harry's Bar, Gloria is hit on by C.C., the owner of the Chameleon Club. Nick, who is waiting at the club for another chance to talk to Alex, fends C.C. off. Alex is impressed by Nick's chivalry and finally agrees to let him take her on a date. Gloria confronts her longtime boyfriend Jimmy, who is a fellow waiter at Harry's (and Harry's nephew), and demands to know why Jimmy never sticks up for her. Jimmy admits that he has plans to go to New York to make it as a stand-up comic; furthermore, he intends to go alone. Gloria is deeply hurt, and they break up ("Gloria"). Tess takes the stage at Harry's to perform a rousing interpretation of "I Love Rock n' Roll."

Nick and Alex return to her place from their date and start to move past their assumptions about one another; she admits to her dream of attending Shipley, whil he confesses that he's torn about the employees his family wants him to fire. They begin to fall in love ("Here and Now").
A few weeks later, Alex goes to Hannah holding an envelope from the Shipley Academy, and opens it to discover she's been called back for a final audition ("My Next Step"). Meanwhile, C.C. lures Gloria into working at the Chameleon, while Nick visits Ms. Wilde to thank her for letting Alex have a callback -- which he has paid for with a "contribution" to the Academy. Blissfully unaware of this, Alex steps onto Harry's stage and dances exuberantly, finishing with an iconic blast of water from above.
ACT 2: At the Chameleon Club, the girls perform lasciviously as Gloria -- increasingly dependent on alcohol and cocaine -- realizes she's gotten in too deep with C.C. ("Chameleon Girl").
Alex and Nick, now very much in love, head off to face the day's challenges ("Here and Now - Reprise"). Alex goes to Hannah for further audition advice, and Hannah counsels Alex to forego attempting to dance classically for the judges in favor of something that expressed Alex's unique talent and style; Nick, meanwhile, prepares to plead his case against firing the steel worker ("My Turn").
Jimmy returns from New York, his dreams of becoming a famous stand-up comic quickly dashed. He asks his Uncle Harry for his job back, and Harry, after some initial reluctance, agrees, glad to have Jimmy home ("Where I Belong").
Nick fails to convince his family they should hold onto the workers. When Alex discovers that many of her friends at the plant are getting laid off, she and Nick argue, causing him to inadvertently admit he arranged her callback at Shipley. Alex walks out on him in a fury, leaving Nick to question his place in the company and his path in life ("Enough").
Kiki performs a flashdance to "Manhunt," as Harry continues to worry about C.C.'s growing success. Alex, still upset from her fight with Nick and coping with learning the truth about her Shipley callback, discovers that Gloria -- who she thought was away caring for a relative -- has in fact been with C.C. at the Chameleon. She rashly decides to go to Chameleon, rescuing Gloria (with some last-minute chivalry from none other than Jimmy). Gloria and Jimmy reconcile ("Where I Belong - Reprise").
Alex decides to leave Pittsburgh and return to the small town where she grew up, despite having no real prospects there. Nicks appears and tries to dissuade her still ("Hang On"). She's insistent that their relationship has too many challenges to succeed. But when Alex discovers that Hannah has passed away, leaving her some money towards her tuition at Shipley, she finally confronts her own fears and makes the choice to reach for her dreams despite the odds ("Try").

Alex arrives at Shipley just in time to audition, and her remarkable dance dispels the judges' initial skepticism ("Flashdance - What a Feeling"). Alex is given a place in the new semester; Nick enters with flowers, and Alex, forgiving the past and certain that her acceptance was based on her true talent, presents him with a rose from the bouquet before embracing him joyously.