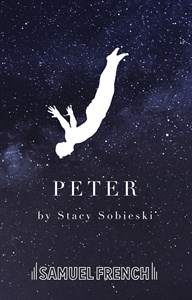 "An elegant depiction of the impact of 15 minutes of fame in a pre-tabloid world."


Peter Llewelyn Davies was just an infant in his pram when he served as the inspiration for J.M. Barrie's most famous creation, Peter Pan. With the story proving to be a smash hit, a reluctant Peter was thrust into the spotlight. But then one day, Peter did the unthinkable.

Based on a true story, Peter presents another side to one of the world's most beloved tales. As Peter enters adulthood, he struggles to separate himself from what he calls "that terrible masterpiece" and begins to spiral into a deep depression. Will he succeed in overcoming the demons of his past, or do happy endings only exist in fairy stories?
REVIEWS:

"An elegant depiction of the impact of 15 minutes of fame in a pre-tabloid world."