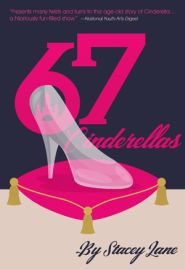 The King and Queen throw a ball to help their son choose a bride. The shy Prince Dalliance decides to wait for a magical sign to make his life-altering decision for him.


The King and Queen throw a ball to help their son choose a bride. The shy Prince Dalliance decides to wait for a magical sign to make his life-altering decision for him. When a beautiful lady in a sparkling blue ball gown appears, he is certain she is his one true love. They share a dance, but not a single word. Dreamy Dalliance is smitten. Before he can learn anything about his mysterious party-crasher, she rushes off, leaving only her glass slipper behind.

With the help of Elsie, his faithful servant and best friend, the prince sets out on a quest to find his lost love by trying the shoe on every single woman in his kingdom. His romantic plan seems to have worked perfectly when the slipper fits a sweet young peasant. Later that day at his hastily planned wedding, it is revealed that his bride-to-be was not at the ball and is an imposter. More ladies try on the show. More ladies' feet fit in the show. More weddings almost happen. Scheming social-climbers come up with clever ways to trick the hapless prince. The pompous King is embarrassed. The kingdom becomes bored and disillusioned with these mandatory celebrations of true love, but Prince Dalliance's determination to find the shoe's rightful owner never waivers.

67 Cinderellas debunks ridiculous traditional storybook notions of romance and what it means to be a princess. This two-act comedy for a large, flexible cast contains many group scenes giving the entire ensemble plenty of stage time, as well as providing special moments for each individual actor to shine.
REVIEWS:

"Presents many twists and turns to the age-old story of Cinderella... a hilariously fun-filled show."