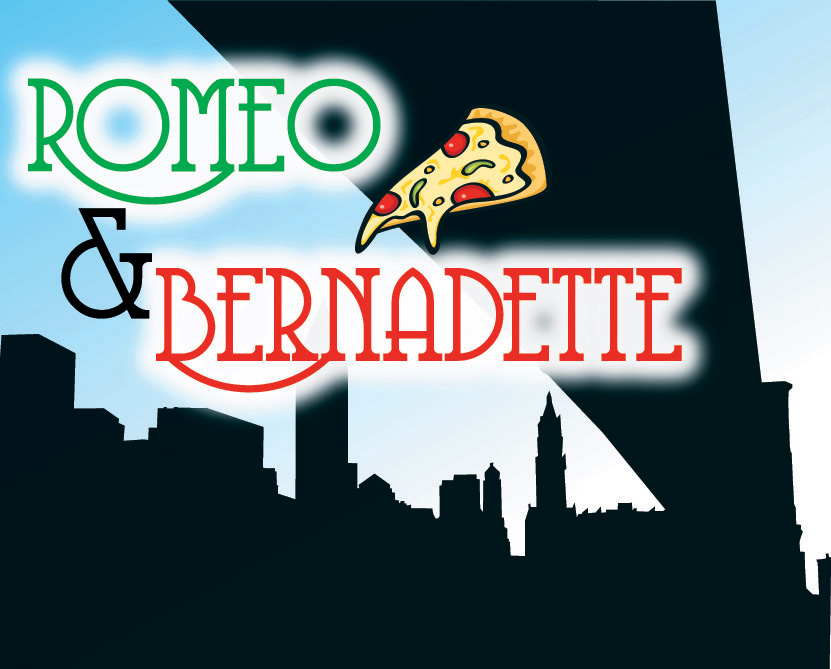 Perhaps you think Romeo died at the climax of ROMEO AND JULIET? Nope. He just took a sleeping potion, and when he awakes a few centuries later, he suddenly finds himself in Brooklyn, surrounded by dames, dons, and some of the world's most recognizable Italian melodies.


You just thought he was dead! Romeo, that is. No, he didn't die when he drank that poison at the end of ROMEO AND JULIET. Because it wasn't poison at all; just a sleeping potion that put him out for a few centuries.

And when Romeo awakens, he finds himself in 1960 Brooklyn, chasing a girl he believes is his beloved Juliet. But no, it's not Juliet—it's Bernadette, the beautiful, sassy daughter of a local mobster.

Romeo finds himself aligned with the rival crime family and... poor Romeo! It seems he's got what the therapists would call, "a pattern."

But unlike Shakespeare's account of the tale, ROMEO AND BERNADETTE barrels along with dames, dons and dizzy comedy to a happy ending, accompanied by some of the world's most recognizable Italian melodies, famous from movies, television and many, many pizzerias.